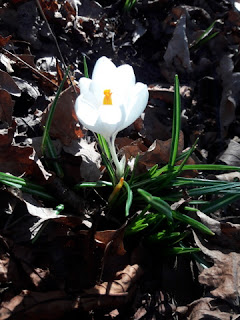 Posted by Anamika at 7:58 PM No comments:

On Death and Dying


It is always the ever present
ever pregnant
all possibilities containing
Life.

And death is but another way of saying that an appearance is changing shape.

A tree in autumn is loosing its leaves.
Each leaf, in summer alive and giving life to the tree,
withers and disintegrates,
its elements becoming nutrition for the roots.

The end of Spring is the start for Summer.

A caterpillars demise is the birth of a butterfly


Death and dying have been close lately.
My mother, clients, Leo Hartong
and family of a dear friend.

Seeing all the intricate changes
when life slowly withdraws from a body:

The change of color,
The body emaciated because of its decision not to eat.
The 'death mask' with the pointed nose and the tight skin over the cheekbones making its entry.
The plucking of the hands in the air.
The irregular heartbeat, with long intervals.
The person preparing to move to another realm of perception by asking where it should go, what is the way?
And then the last breath with a surrender and a relaxation.
The being has moved on.
The empty shell of the body left behind.


Death is only there for the ones who stay behind
when they are convinced that life stops when the body stops.

But it is an open door for the one who goes.

For me my mother is not dead, she is merely not in her body.
She is discovering things new where she is now.
And I look forward to meet her again.

The changes which happened in my body after she left
are seen and acknowledged.
Are felt and lived through intimately.

Because of my mother my existence on earth has been a welcoming and loving one.
Through her I have naturally received a trust and confidence.
Through her simple and generous heart I inherited much of her
open and honest way of looking at life.

And when she was not physically in her body anymore
I felt the loss viscerally.
That specific support on what my body/being had relied on for its existence was not there anymore.

I had not been aware that it was there,
because it had never not been there.
And by its absence I realized its significance.

For days and weeks this hole was felt.
As if a a ground which always was firmly under my feet suddenly was not so solid anymore.
Sensations were felt of hollowness, emptiness, heaviness.
Which when given words are: 'depression, loosing the will to live'.

But when the words and stories are not there they are sensations in the body which indicate the severing of the energetic connection which had always been between my mother and me.

It is a natural and normal process.

After an upheaval things have to find their place again.
Like a wound in a body which has to heal.
Painful and unpleasant at times.
Intimately felt.

Meanwhile I feel my mother at times,
and talk with her when I do. 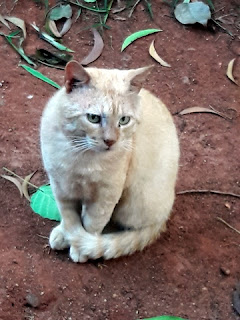 Posted by Anamika at 8:19 AM No comments:

In truth there is only One looking out of everyone's eyes.
All is made out of the one substance, consciousness.

And in truth each viewpoint is unique, individual,
authentically only yours,
as there is only one of them.

There is only you looking out of your eyes.


Two in One.
There is no contradiction
and no paradox either
if it can be seen as what is happening.

To deny one is being necessarily outside the Truth.

The process to be able to see
ever more clearly all that is involved
in the experience called Living.

An unending process which does not stop.

( All though one can stagnate for a while at a station )

Even nonduality, self realization are but stops on the way. 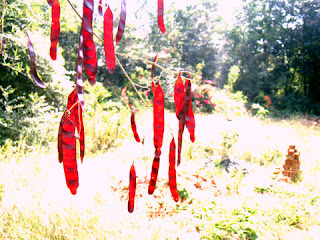 Posted by Anamika at 7:45 AM No comments:

The inclusive aspect of awakeness
is ongoing and unstoppable
when surrender has occurred.

You can not make this happen,
but one gives one's consent to it.

This call to give oneself and all that comes up
is unsought, spontaneous
and answers something
which is at the same time
universal and intimately personal.

If you find yourself here you will notice
that all concepts, systems, frameworks fail.

There is only the process happening.

There are no two things. 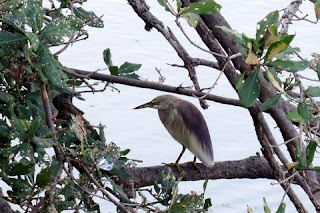